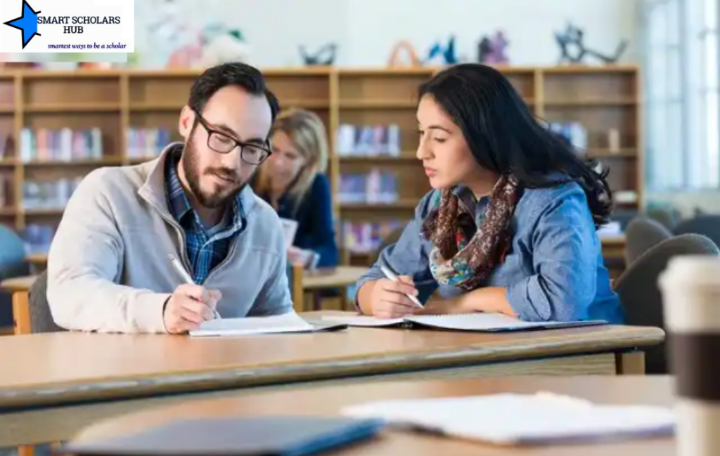 Europe is one of the continent where international students go for there studies, the standard of education in European universities are top-notch and there certificates are globally accepted. Law schools in Europe have proven to stand there ground among there compatriots in the world, providing adequate education and trainings for individuals who have chosen to promote, uphold and ensure the law fulfills its functions on the society.

This are the best law schools in Europe for international students with a brief summary of school and it’s location.

The first on our list of 10 best law schools in Europe for international student is the University of Oxford.

The university is made up of 39 semi-autonomous constituent colleges. They are autonomous in the sense that they are self governing, each in charge of its own membership. It is exceptional in its use of personalized tutorials in which the students are taught by faculty fellows in groups of 1 to 3  weekly.

The Faculty of Law in the University of Oxford is the largest in the United Kingdom. Well, that’s probably why it’s arguably one of the best law schools in Europe for international students.

The next college on our list of best law schools in Europe for international students is the King’s College London, it is the fourth oldest university in England.

Kings college is a research-led educational institution pioneering different areas of advancement in all the unique aspects of the law programme.

More Update:  How To Get Cheaper Car Insurance As A College Student

With over 31,000 students (including over 12,800 postgraduates) from some 150 countries and over 8,500 employees. King provides quality instruction and training to its students using the latest and best practices.

The university is in the top seven UK universities for research earnings and has an overall annual income of just over £778 million. King’s has influenced many of the advances that shape modern life, such as the discovery of the structure of DNA and the research that led to the development of radio, television, mobile phones, and radar.

It is also known as Paris 1 or The Panthéon-Sorbonne University or Paris 1 as it is fondly called is a public research university based in Paris, France.

It was established in 1971 from the faculty of law and economics from the prestigious university of Paris.

The one-year program “Sorbonne LLM Business Law for Foreign Lawyers” is tailored for non-French-speaking foreign students holding a Master’s degree or equivalent from a foreign university. For this reason, they make our list of the best law schools in Europe for international students.

They teach all their legal courses in English but students will benefit from French language training and gain several opportunities to connect with legal practitioners and visiting scholars invited to give presentations in their field of expertise.

Leiden university is one of the best law school for international students in Europe.

According to Times Higher Education World University Rankings (THE) Leiden law school is placed as the 20th best law school in the world and the best in Netherlands.

With huge international focus and roots going far back in the Dutch legal order, this school has trained many generations of legal professionals for key positions in a society governed by the rule of law. They do not limit their research to one single goal as they seek to conduct excellent and innovative research across every aspect of the law.

The university of Nicosia is also among the best law school for international students in Europe, it was established in 1980 and its main campus is located in Nicosia, the capital city of Cyprus. It also runs campuses in Athens, Bucharest and New York

Presently,  the Law school offers a number of innovative courses and legal programmes that are recognized by the Cyprus Legal Council for practice in the legal profession.

7. University of Kyiv – Faculty of Law

The University of Kyiv is one of the oldest university in the world, it has been in existence since the 19th century, but its law school started in 1834 with 35 students.

The Law School of in Kyiv taught subjects in the encyclopedia of law, basic laws and regulations of the Russian Empire, civil and state law, trade law, factory law, criminal law, and many others.

Today, it has 17 departments and offers a bachelor’s degree, master’s  degree, doctoral degree and specialization courses. University of Kyiv Faculty of Law is considered the best law school in Ukraine.

When the student obtains an LL.B. and LL.M. he/she can now further their education with a Doctoral Degree in Law, which is also taught in Ukrainian.

The university of Copenhagen is the largest and oldest educational institution in Denmark, it focuses on education and research as hallmarks of its academic programs.

Located in Copenhagen’s bustling city center, the Faculty of Law maintains a wide variety of course offerings in English which are typically followed by both Danish and Guest students.

More Update:  5 Private Students Loans That Go Directly To You

Founded in 1479, the Law Faculty is acknowledged for its focus on research-based education, as well as for its emphasis on the interaction between Danish, EU, and international law. Recently, the Faculty of Law introduced several new global initiatives in hopes of promoting international dialogue and facilitating cross-cultural exchanges.

Leuven is a thrilling place with deep historical roots, as it also meets the greatest contemporary scientific requirements. Founded in 1425, KU Leuven is one of the oldest existing universities in the world.

Holding a research expenditure of €365 million in 2012, the KU Leuven is a leading research university in Europe. Their Faculty of Law has over 5,200 students and a very wide curriculum. This Faculty of Law is one of the oldest of the Low Countries and the largest in Belgium, having a long tradition of public service.

The Faculty of Law emphasizes on international and comparative approach to education in law and criminology.

Most Affordable Law Schools In Europe For International Students

Masters portal – law schools you should keep your eyes on

15 Best Colleges on the Beach in Florida | 2023 Best Rankings