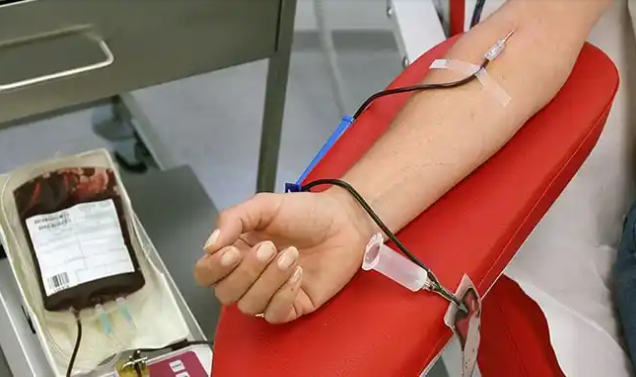 This is an opportunity to make money as a young adult. According to the American Red Cross, someone in the United States needs blood every two seconds and one donation can save as many as three lives.

So, if you want to learn how to donate blood plasma and earn as much as $500 per month stick with us as it would be revealing to you everything you need to know  about donating blood plasma for money.

Plasma is the liquid part of the blood that carries cells and proteins throughout the body. It makes up about 55% of the body’s total blood volume.

It contains water, some enzymes, antibodies, and proteins. They use it to create products that can help folks with blood clotting disorders and other diseases.

To get just the clear liquid part, your blood is drawn, the plasma is separated and finally, the blood is returned to your body.

Plasma cannot be produced artificially.  It is received only by the generous donation of healthy individuals for the eventual use of those in need.

One can donate plasma through a process called plasmapheresis, during which blood is taken. Afterward, the plasma is separated and the blood cells and platelets are returned to the donor. A typical donation is between 690 and 880 milliliters.

The plasma donation process takes about an hour and a half and you can make between $20 to $50 per donation.

Who Is Eligible to Donate Plasma?

All individuals who are 18-69 years old and are free from illness are eligible to donate plasma.

There are also other criteria for eligibility depending on the state and company you are donating through.

For example in Nebraska you must be up to 19 years old and weigh up to 110 pounds. ( people with huge weight tend to earn more while donating blood plasma for money).

Below are other eligibility requirements to donate blood plasma for money.

You may be ineligible to donate if you:

More Update:  Proven Tips On How To Handle A First Day At School

Each company has its own donation requirements, from weight to age to general health, you can check their website for details. But if you are of age and you are in good health there’s nothing to be worried about.

How To Donate Plasma For Money

To donate plasma you will need to do the following:

If you can stick to the guidelines mentioned above then you should try to locate the nearest plasma donation center near me.

How to Find a Plasma Donation Center Near Me

Plasma donation centers are run by companies under the supervision and compliance to Food and Drug Administration (FDA) rules.

You can locate the nearest plasma donation center near me by using google and donate plasma for money.

Here are the major plasma companies with many locations across the United States:

This blood plasma company has over a hundred locations spread across the United States, chances are high that you’ll be able to find one of their plasma donation centers near you.

Octapharma Plasma rewards with a prepaid debit card and payments for future donations will be put on that card. Pay differs by location.

Octapharma gives a $250 new dollar bonus on the website. For instance, in the month of February, you can earn extra if you donate often.

The donor promotions can be higher when plasma demand is high but there are few donors. Bonus varies from location to location.

Grifols is another top company that pays you to donate blood plasma, they have over a hundred locations across the United States with various names. If you are interested in donating to this company you can search for any of the following names;

CSL Plasma has donation locations in 39 states and oftentimes many locations within a state. Alabama, for example, has four locations (Auburn, Birmingham, and two in Montgomery). New donors can earn up to $400.

Csl plasma pays with a reloadable prepaid card and has an iGive Rewards Program where you can earn points and redeem them for various rewards.

BioLife Plasma Services has over 28 locations across different states in America. It is one of the highest paying companies that pay you for donating blood plasma. You can earn as much as $600 in your first month of donating plasma.

More Update:  How To Create A .edu Email Account For Free In 2023

This package differs according to location.

Your income loads onto a BioLife Debit Card. This debit card works at any merchant accepting Mastercard and over 900,000 ATMs.

BPL Plasma is one of the places to donate plasma for money. Here, they receive blood plasma from donors to help create high-quality, life-saving therapies for patients worldwide and add some cash to donors’ pockets too.

It has been a global leader in the plasma industry for more than 25 years and has centers in spread across 13 states in the U.S majorly in the Southern United States.

Through BPL, it’s possible to earn up to $300 per month. Promotions differ by the donation center.

Founded in 2004, KEDPLASMA specializes in the collection and acquisition of high-quality plasma that is processed into plasma-based therapies. KEDPLASMA operates 18 plasma centers in the United States.

You will need to contact your local donation center for payment details. Returning donors might be able to obtain a “$20 lapse bonus coupon” if it’s been at least 14 days following your last full donation.

Payments are done via Wirecard prepaid debit card. You can also enlist in the loyalty rewards program (Kedrewards) for additional bonus opportunities.

ADMA BioCenters is another place to donate plasma for money.

It is an FDA-approved facility specializing in the collection of human plasma used for special medications for the treatment and prevention of diseases.

To determine if you qualify to become a plasma donor, visit ADMA BioCenters where you’ll get a set of medical history questions to answer and have a short physical exam to determine if you are fit for donation.

Once you pass the physical exam, you may donate the same day.

Kindly endeavor to come with your picture ID and proof of citizenship or residency (Social Security Number or INS Number) the first day you visit our center.

Atlanta residents can visit ADMA Biocenters in Marietta. New donors who live within 50 miles of the center can book an appointment.

Donors are compensated and can earn up to $500 per month.

Payments are made via cash card following each donation.

Does It Take Hours To Donate Plasma?

Your first plasma donation might likely take longer than future visits. It normally takes around two hours because you’ll need to do some documentation. Return donation visits should only take around an hour and a half.

If you are larger, the process might take a little longer because you’ll be donating more plasma and probably earn more money.

More Update:  How To Delete Email Account On iphone 12

Remember that a complete plasma donation requires two separate visits. The least waiting period is one day between the two donations. That is to say, it’s possible to donate on Monday and again on Wednesday.

Your plasma donation isn’t complete if you only visit the plasma center once. Plasma centers issue payment after you donate the second part.

It will be nice if you can bring a book or a streaming device to help keep you relaxed while the process goes on. Many plasma centers offer free Wi-Fi.

How Much Do You Get Paid To Donate Plasma?

There are factors that determine how much money you can make donating plasma, such as;

Generally, you can expect to get between $20-50 per donation, with your first donation paying more because of the lengthy process.

You can also get paid more if you weigh more which is in line with FDA stipulation that you give a certain amount of plasma that corresponds with your weight.

The ranges are split up as such:

Additionally, if you have a type of protein in your plasma that’s in high demand, they may offer to pay you more money.

Most donation centers pay you in the form of prepaid debit cards, but they may also grant you rewards points that you can redeem for cash or certain merchandise.

So, if the first donation of blood plasma takes about two hours and you get paid $50, that’s $25 per hour. This is also applicable to subsequent visits.

How Often Can I Donate Plasma For Money?

For those who might fancy donating plasma for money regularly because of the financial benefits, let it not come as a surprise to you that there are limits to the number of times you can donate.

The general rule is no more than twice in 7 days with the donations occurring at least 24 to 48 hours apart.

This gives your body time to replenish the lost plasma (drinking lots of water helps this process).

This is a legit side-hustle to earn some money without doing much work, these money received from donating plasma for cash can help while paying your bills.

No special skills are required, all you need is to satisfy the medical requirements and get ready to earn extra income.

Therefore, this article teaches on how to donate plasma for money.